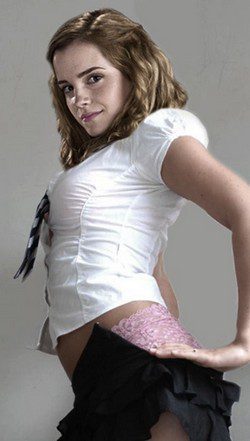 Sam Serra was your typical loser. But somehow, he caught the attention of the most popular and gorgeous girl in school, which ultimately caused his death.

He reincarnated in a new world, but a world of sword and sorcery. Being a reader of fantasy novels, he realized that he was in one. However, the rules of the world applied to him differently.

For one, he did not have the same abilities as the local people, who cultivated special abilities according to the skills they were born with. Instead he found himself choosing skills like in a game, with typical D&D skills.

However, as he chose to be a mage, he found that the spells he chose did not work the way he expected.

For example, one of his skills is to summon familiars. But as the world and game system had no reference to summon any familiars, it summoned instead characters from movies or TV shows that he had watched.

But in order to summon familiars, the game system was unsure of how to do so, so it searched the only way humans could procreate.... sex.

And that was one of the many differences in how his skills would work.

Not only did Sam now have a tremendous advantage in this world, but due to the differences in understanding by the game system, his time in the world would not be as straightforwards as expected.

DO NOT READ THIS WITH A SERIOUS EXPECTATION. THIS IS A COMEDY STORY, PURE ENTERTAINMENT.

This is the crux of the problem when it comes to ratings as many are probably one star ratings made out of spite, this story is probably around a 4.2 if you want an accurate rating.

Initially I felt the same as many readers, disappointed and misled- however you must not take this story seriously. It is clear that as the story progresses, so too does the author's ability to construct the world and characters, there are several interesting plot points in the later chapters that were unexpected.

Read this to ENJOY something silly and you'll have a great read; don't try to gauge this as a novel of literary competency, but purely as something made for amusement- if you come into this expecting a serious read you're going to be sorely disappointed and likely to drop this before you ever get to the teen chapters.

Having said that, around chapter 12 I just decided to not take it seriously and after that it just got more entertaining as the story progressed which is odd because generally I cannot stand works that derive fiction from elsewhere (might as well be fanfics imho) but this somehow made me want to keep reading. I thoroughly enjoyed this and I'm saddened I discovered this so soon, perhaps if I had found this a year from now there would have been more to read.

To the author: Well done, you pulled me in and kept me for the whole thing and I can't say I was ever bored, the pacing is quick, something's always happening- in the early chapters it feels forced and I almost dropped it when they kept jumping into another 'situation' but later it makes sense why they were in those situations and it no longer felt forced. I fully expected to drop this novel and yet you managed to keep me interested. I hope you continue writing and that people read this review and don't 1-star bomb your novel without first giving it a chance, a chance it totally deserves. Good job!

Some People are saing that this is not a serious novel so It should not be taken seriously  its a comedy they Say but this novel has Some seroius Problems lets start at the beggining. The Story is realy repetetive the it goes like this 1. Protagonist encounters a problem  2. Summons solution to a problem  or the more "fun" way he encounters a problem he gets kicked mutaleted or worse his summons get massacred than he uses his powers summons a solution repeat that for 80 chapters and you have this novel this structure creates a big problem as the novel is very fast paced the Protagonist and summons and problems they face don't have any development they are the same 2d characters  as in the chapter they appeared in and the worst of is that the Protagonist I after everything he went through is as  stupid and naive as in the 1st chapter because for the reason of the plot. In perspective every crisis in this novel was created and solved by the protagonist there might be some semblance of the bigger picture and some artificial stakes but these are as abstract to us as to the proragonist in the CONCLUSION : if you like reading about someone suffering because the plot demads it with no character development go ahead, if not Stay away I read it so you don't have to.

another trash fire on scribbehub, first the first 2 chapters was ok abit rushed but could be understood but soon as third chapter rolled around things toke a turn for the worst. The author just wrote what ever he wanted without even bothering to think if what he wrote makes sense or would keep the audiences attention. In many ways its more stupid comedy power fullfillment story if anything. As it is theres way to many of this type of storys running around so no originallity other then the setting. 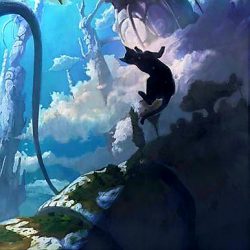 Okay while I haven't read the whole story this is what I can tell you; I dont feel like the side characters (mainly the familars) have enough depth. What I mean is that when you first began toying with the summoning the character acted somewhat realistic with they're responses but now it feels very bland with how its rinse and repeat. My suggestion (which if you want to ignore because it's your story) is that you should have made where the familars felt comfortable around the MC but not to the extent of adoring him immediately and have them slowly develop feelings. Another issue is the sheer amount of familars but that's to be expected of a large harem story. Okay now some of the good things are that I like the concept of how you bringing in a wide plethora of characters that have good potential and while the system is way too op, I do feel that the interactions the MC had with it too amusing to pass so good job with that. So yeah overall it's a weird wacky porno that I am still reading for bizarre reason 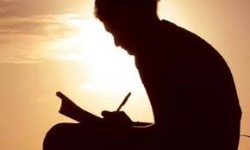 Ero Skill Tree
By ohhdearme
You know the drill right. Summoned to another world? Check. Demon lord that needs defeating? Check. Hot elf girl? Check. Medieval European fantasy setting? Check. Everything seems to be in order here, hold on what is this grayed out section to the

I Own a Brothel in Another World
By Saileri
Alastair Carter is a 27-year-old marketing and management teacher like many others around the world. Well… maybe besides the fact that he teaches some of that world’s prodigies, but it’s just a small detail. Even though he loves
Action Required