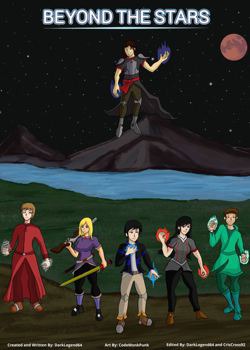 118 years ago, Earth was ravaged by a major war between the forces of Heaven and Hell. Now, a young man named Zeth, who has just discovered he has magic abilities, finds himself faced with helping Heaven to prevent another invasion of Earth by Hell. Zeth and his new friends must journey through the world, different dimensions, and the divine realm to put a stop to the threats that face the world and perhaps answer the biggest question of all, what caused the conflict between Heaven and Hell in the first place? This is a journey that must go beyond the stars!

Beyond The Stars is a story inspired by battle shonen mangas (as well as my enjoyment of romance) but is darker than shonen stories usually are. I began writing it in November 2014 and the story is still ongoing to this day.

I originally had no intention of ever releasing BTS to the public and was content with only my close friends reading it but every so often, I would be suggested to publish it and so after 7 years since I began writing it, I finally accepted the suggestion and began researching places I could publish it and settled here on Scribble Hub. While I hope the people in this community read and enjoy BTS, I ultimately write for my own enjoyment as well as for my friends so if the Scribble Hub community does not enjoy it, I will still continue to write it.

The story is fully planned out so nothing I add is done as I go. The only exception is the moment to moment parts of fights.

Consider this story a "word manga" as I write this story like it would be an actual manga. I've seen the style being compared to a DnD campaign so if that's not something you would enjoy reading, you probably will not like this story. Anyway, battle shounen is my favorite type of manga and this story is like those but I left out the tropes that I don't like.

Also of note, there were tags that applied to BTS but because of the 25 tag limit, I could not use them all.

My plan is to release one or more chapters every day until it catches up to where I have written.

Many of the earlier chapters are pretty short (Some even sub-500 words). BTS is my first story where I actually decided to write it out so I was still developing my writing skills and was not sure how long a chapter should be. But over time, my skills became better and I was able to write more and better details. As my friend, CodeMonkPunk, tells me, he was able to see the improvement in my writing as the story went on. As mentioned before, the story was planned out so I can't make any drastic changes to the earlier chapters.

The second and third arcs are overly action heavy and that was with the purpose of establishing the main characters' fighting abilities in one-on-one battles.

I do make use of Scribble Hub's Glossary feature where I will put the list of arcs (and chapter numbers in those arcs) as well as a list of characters and their descriptions. Currently, it only has characters that have been drawn but soon I'm going to take some time to add all of the characters.

Anyway, I hope you enjoy. 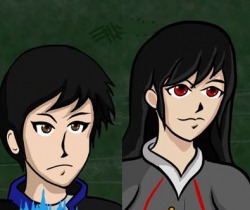 My Information System
By Prime_master
The world changed so did humans and all the animals. With the emergence of the dimensions rift, people began to awaken their power and put an end to the rampaging monster who killed almost 1 billion people. After 10 years later 99% people

Meanest Mob
By Alfir
How much do you know about transmigration? Are our awareness of such a word, what allows us an understanding of it, or is it just our own delusion that allows us comprehension of what it truly is? It is something that I, the author him

Valkyria Squadron
By RedHunter2296
When Cesar saved the world in the war against the dragons, he never imagined that on his return he would now have to fight another war to close the loose ends and save his sister. This time it was the humans, the empire of the Balkans against the
Action Required