In a world where people with special abilities exist.
Hatsuko is a normal high school boy who couldn't make any friends in his whole life. While he gets the chance to enroll in the best school in the world, he finds out he has the weakest ability which everyone calls a "Mixer", a failure ability.
After being bullied by everyone for being the weakest in that school, he starts noticing weird things happening around him. Hallucinations or is it actually the reality?
This is the beginning of his new life...or the end!
....
─────────────────────────
•Early access of the chapters: https://www.patreon.com/KrisVFX
•Disclaimer: I do not own the cover illustration.
Credit to the owner!
•Paypal: https://www.paypal.me/animekris1
─────────────────────────

For me the low ratings coming from some readers is a testament to how good the writing is. You as a reader immersed yourself to the story so much that it actually affects your feelings. The story is capable of bringing out emotions to the point that  you are subjected to a roller coaster of emotions. Its like eating spicy food you know its hot but you just keep wanting more. Lastly I'm sure that mah Boi will get his due or may be not its up to the author you can't judge the novel with preconceived notions from what you have read so far remember that the story has to progress and we are seeing a character development through the last couple of chapters.

People often said the story was poor and the grammar was bad and it was deserve a ntr tag for this story but you now I was think that it was pretty good though, althought the story was made me sick at first, but the plot became much better, and personally I liked it

and one think ntr is when the MC has a relationship and he got cuckcold, and so far I read, the girl that with MC doesn't have any relationship at all/ I can say it was just a crush so it more suitable to betrayal

(Sorry for the wrong word, english is not my native language, and nice job dude ;) 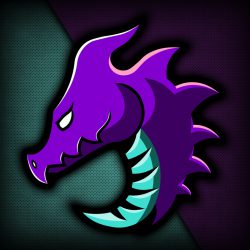 Update at the bottom!

Holy Hell, as of right now I would give this story a negative star review if I could... The MC has been betrayed so much that it is honestly annoying. He has been cucked multiple times. Reading up the the point I am at now has been a horrid chore. I hope the MC finally has good things start happening to him. If he just gets more and more f**ked over then I really would give this story a negative star review. There is betrayal and tragedy to set up a plot, then there is just plain "I'm gonna f**k over the MC for 30+ chapters" like this story so far.

He is becoming very OP so maybe that will help with the horrible things that keep happening to him, but the author is going to have a hard time writing it without it just seeming like the good things are happening because people are scared of him.

I have to give myself a break from this story because it honestly pissed me off, but I will be back and may change have a different opinion and will change my review (if able to).

UPDATE: The story has gotten a bit better. The tragedy and all the other sh*t hasn't returned yet. The MCs attitude is understandable based on the sh*t he went through before. I hope more good stuff keeps happening and his attitude turns around. Also, hope that the people who did bad sh*t to him get what's coming to them. Updated review to 3 star. The beggining was rough as sh*t, but its coming together and a bit better.

Edit... Nope, not any different. Do not read! Unless you're into NTR cucking and psychopathic tendencies

This is awful to read. Poor grammar and spelling with errors throughout the work. Deserves a NTR tag too, though the author doesn't agree. The guy gets cucked literally twice in the very beginning of the story. Explicit descriptions too with him watching. Super gross. Childhood friend gets introduced, is nice to him, he admitted to having feelings for her, thought she was going to confess to him, and then she cucks him right when he thought he was going to get confessed to giving up her virginity to some random smuck who tries to kill him later.  😆. This dumb chick never realized that or didn't care. Later another girl who is actually in his harem, Hina gets used up by another guy and tossed aside where our MC picks up the leftovers and doesn't touch them like a proper beta male Japanese harem lead. This writer has a weird hobby, man. It just isn't for me.

I tried to give it another shot. While what the other review says is true to some extent. The cucking and beta male behavior is still there and worse the MC goes psychopathic. Torturing people and killing innocents. He gets taken over by this puppet skill of his at one point and kills an entire settlement of people. His sister is a bro con, but I bet you she's going to get raped or something stupid like that. She's looking for him, but she doesn't know he's a psycho murder whose dead inside.

While there's elements here of what could have been a good series, it's maligned by a terrible MC and weird cuck fetishist writing. The rating is 3.8, but it really should be at most a two stars. What kind of beta fag doesn't f**k a dragon that is throwing himself at him? She is the only girl that wasn't torched besides the new one he's training now. What a sh*t show.  I tell you what, I'll leave this in my list and check back in a year. If you've rewritten this, edit the syntax errors, and fixed these nasty ass cuck NTR scenes to Alpha this dude up I'll change up my rating.

The World-ruling Dungeon
By DarkGodEM
“Let me check real quick if I got what you said… Not only I’ll be stuck forever in a fucking cave because I’ll become immortal, I won’t have any contact with humans and if someone hits me hard enough I die for good? A

World Creators
By HeartPiercingSpear
Our MC is a common University student, perusing his bachelor’s. One day he installs a new app on his phone. It’s description read “Create your very own world & explore various mysteries, all to your heart
Action Required