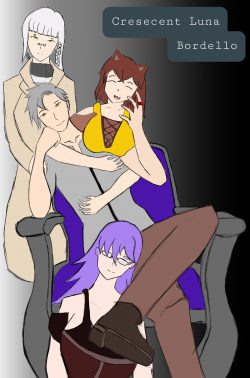 Welcome to the World of Njilven, the empire of peace and prosperity where women are the most revered head of states, governed by the Beautiful and intelligent "Queen of Wisdom" Lucrelia supported by the Church of the Crimson order to make a utopia where there is no war, no disease and no crime…

That is what the kingdom wants you to think!

In reality the Empire's population is poverty stricken, tensions are boiling waiting to explode into war at any minute and Crime as rampant as the multiplying monsters, all covered up by the people above.

And through their lies the world will be at the brink of eternal destruction and chaos.

And the only way to bring balance comes from the most unlikeliest bastards this world will ever see.

Veron, the Charismatic, "kind?" but calculating other-worldly brothel owner and most brilliant underground criminal mastermind of his time.

Join him as he reincarnates into this tale of debauchery full of sin, twists and disturbingly delightful turn of events as he brings this world’s leaders to their knees (Literally.)

(Authors note)
Hello guys (& gals?) I'm Writer_not_narcissist but since saying is a mouthful so you can just call me Wrist!!!

Also to note I don't write Netorare, and all the R*pe scenes are just the MC's doing his revenge plot, I mean come on this is fun no heartaches here.

By the way thanks for visiting page and reading my light novel, your support keeps me motivated to do my secret dream! So come back for more and feed me encouragement!

Once a goal is reached I will post the poll on the next chapter.

(Posting of content and update will be at 8:00 P.M (Manila EST)
Updates Chapters when I feel like it 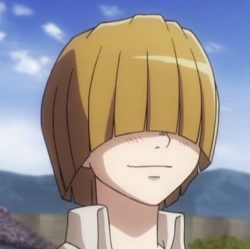 Another isekai but this time is a tentacle living armor
By Nemesis_nc
navigating through the vastness that it is communities like scribble hub, I found that this type of isekai was nowhere to be seen except the non-adult armors, so I will try my hand at it. ———————R

Dead Man’s Harem. Since I can’t kill myself, I’ll find other ways to be happy.
By melonball
After death, Devon is given the second chance he never wanted. He decides to make the most out of his new life, exploring all that life in this new world has to offer, whether that be adventuring or soliciting elf girl prostitutes.

A Lewd Story
By Draky_Vampire
A/N: Newbie author here! I wrote this synopsis in haste so it might change in the future. I have a rough outline of the plot progression, but nothing has been set in stone! PLEASE NOTE: I explore the story as I write!!! I don’t claim my stor

Queen of Hogwarts (GL)
By CrimsonLust
Hello RoyalRoad, I’d like to expand my horizons on your site and be able to post there. Luna Crimson, a Queen, Royalty of the highest caliber, a Battle Maiden unlike any other, there were no equal. Just like her name suggests, almost

Degenerate Masochist’s Reincarnation as A Goddess
By Onehand_Writer
A degenerate masochist pervert from the 21st century reincarnates as a hot goddess. Dream come true, right? WRONG! How are you supposed to enjoy being a sex slave ravished by monsters, if you’re OP? Well, this is how I did it.
Action Required