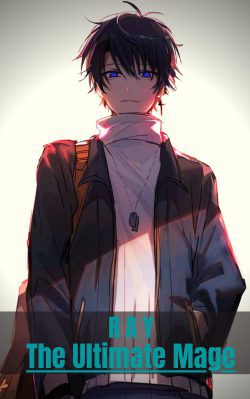 He was resting his face against his knees when a woman approached him, "Why don't you play along with the others?"
She said pointing at the playful faces in the playground.
"I'm tired."
The woman smiled, "You are lying right?" Then she pointed at the playing ground again, "You can see it right? The monster who is staring at the kids."
The boy widened his eyes and looked at her for the first time, "You can see him?"
"Yea, and I know he's powerful and scary," she smiled again, "But do you know why he isn't attacking the kids?"
The boy shook his head fiercely...
"Because he's scared... of you."
At that time he couldn't believe the woman or why she was there he was just told to stay quiet and live a peaceful life. But words were easier said than done. After all, in no time the other orphans began hating him and he was outcasted, and that day where no one accepted him eventually came...

Getting kicked out of the orphanage and thrown into prostitution distract's alley he, who has forgotten his own name, waited for the orphanage keeper to take him in again. However, after days of waiting, an old man with a red illuminating eye tells him "Let this old demon rise you."

The boy takes the old demon's hand and later his ambition to create a place where demons and humans can live together. Will he succeed in creating the perfect utopia or change his mind along the way?

The cover picture isn't mine (I don't know the artist, if you know him/her please tell me).
Very Important Note: I'm still a beginner, I have a problem with setting the scenes. They might look hard to follow but with each chapter, the world will be easier to understand. I'm working on this problem, I'm already re-writing some chapters but till I get better I hope you consider this problem before reading the story. Thanks

The Setting is original and poorly explained, I didn't know the technology level of the world until c7 and to make it worse the setting conflicts by character backstory (One is a war ridden land, two is a fantasy mage academy, and the MC's is a modern school setting with hidden demons only he can see while all other humans are ignorant.) So reading it with nothing explained and jumping between settings is jarring.

The characters are good but the Author obviously has favourites and has stated such. This shows when the story bends over backwards to accommodate them, which can work but the author seems to only like the villains of the story.

The plot threads are being created quicker than they progress so either this will be a good long story or they will be left open or rushed.

Now the Story is good even with these faults, actually these faults are only this noticeable because the story is very good and you can see how much better it could be with a revision to fix these problems. 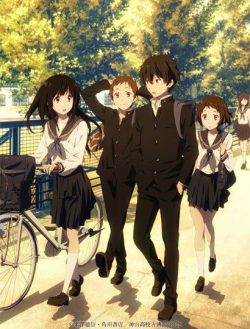 It Turns Out My Mother Is An Ancient Goddess
By AncientGoddessFollower
The tale of an ancient goddess who travels from world to world to become her children’s star of good fortune.

The Royal Mansion / I sold my soul and became an anti-hero
By Auksoun
Imagine if an introverted kid would obtain unlimited powers without knowing it. Sounds like an awkward situation… Don’t you think? The boy lives in his own world of fantasy and dreams about becoming a legend. Well

A Magical Life: Ink Swan
By LittleCrow
What life would you live after you wake up in a foreign room and world? After Lisa fell asleep in her classroom, she suddenly found herself in a different body and a different world. Easy-going as she is and experienced with some otherworld
Action Required