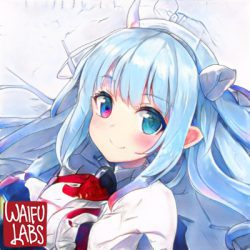 Life is always simple with our MC.
Go to school, finish classes, go to the anime club, and discussing isekai anime with his gang.

However, things start going wrong when everyone within the group starts having accidents until the MC is the last one left.
As our MC finally joins his friends in another world, how will their story goes. How many more trials do they have to face.

Will it be as lovey-dovey and diabetes-inducing?
Will it be a slice of life?
Will it be filled with hardships and tough choices?
Or will it be a total depression that haunts our protags through the story?

Only our MC will be able to know as he goes into that another world and faces the surprises.

This story will contain a lot of violence as killing and fighting. Cannibalism is also depicted in this story along with torture. If this type of story is uncomfortable with you, I think it would be best that you leave this story alone as it will be quite heavy with it. Gory bits such as internals coming out will not be shown in this story but in a spin-off story. The same can also be said towards sexual stuff though some indications would be hinted here.

This is also my first time attempting to write a novel so the method of writing and language might trigger someone. Since I am from Malaysia I might sometimes unconsciously include some Malaysian slang such as lah leh and the such inside.

I wrote this novel purely just for fun and I am also currently studying so I cannot ensure that the update time would stay consistent but I will upload chapters as soon as they are ready to.

Honestly, I am very mixed on this novel, I both love it and wish it was much better

Overall story and world building are great, it feels unique and interesting, the races feel great, the plot has intriguing twists and characters.

The main protagonist (the one on the cover, not the other 4) is excellent, they feel nuanced, affected by circumstance and are just a joy to watch cause chaos. The writer's sadism towards poor Benno is a bit much at times but it makes their twisted personality that much more interesting when compared to pre-reincarnation. Bravo!

Most other characters are well defined and show development over the story, their interactions are one of the main attractions and make the story very enjoyable at times.

Some people will be put off by how much the writer seems to be turned on by torturing poor Benno, I think it's fine because unlike most other parts, the author puts in effort to develop and explain how it affects Benno as a character and it makes the story more interesting but you do you.

The author's sadism is only surpassed by their need for constant time-skips and page-long exposition that takes 3 paragraphs to say: 'they got magic glowy lamps'. My theory that the author is a extra-dimensional entity outside the realms of time have only been pushed back because the last few chapters have been much more reasonable. But in the early story you'll be dealing with at least 3 timelines and as many as 5 when the story picks up, some being scantly mentioned, others being detailed enough for a volume and the rest getting enough time-skips to make you wonder how the protags still act the way they do after decades of existing in this world.

A minor gripe: Amy and May's names are too similar especially since beyond the very promising prologue, May gets like 0 character and is just there. Maybe a unique relationship with Benno? Something about how they joked that they'd be a couple if they both weren't guys but now May is conflicted because Benno acts and is like a child. Just something to make her more interesting, the lost potential from the prologue is killing me.

The grammar is passable at best, some bits are fine others less so, not much to be said.

Too much effort and detail in parts that barely matter, none at all where it does, the author is talented but rambles about world-building whilst ignoring characters and filling for it with multi-year time-skips instead of making every paragraph count.

The stats barely matter and imo should just get shelved, the story doesn't need them, they affect nothing except show their unique abilities and how 'tough' Benno is for getting tortured for years which we already know. Maybe they can get more development, a very minor inconvenience.

TL:DR: You don't get a tl:dr, f**k you; if you can't read this review you won't survive the exposition so go read your happy-go-lucky self insert harem power fantasy elsewhere.

Edit: Woo, this review is even longer now! I just wanted to note that over the last two dozen or so chapters most if not all of my concerns have been rectified: the story is easy to follow, the grammar is a lot better and there is far more characterization, what happened before has not been abandoned either as the impact of Bel's trauma on her opinions and decision-making is being fleshed out further. Excellent stuff!

This story is real f**ked up and sadistic. MC basically lives through Final Destination where all his friends sure one by one and he can't die. Then he get reincarnated in the wrong continent by God B and tortured for years.

But the "good" god A (the one that killed all his friends on Earth) fixes his soul the second he reunites with his friends so what was the point of the torture if it gets magically healed by God.

Also, somehow no one is angry that god killed them all horror movie style. Really should be a revenge tale about killing the gods. 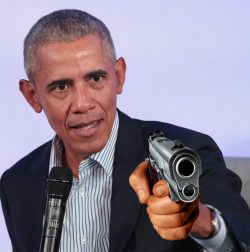 This a fantastic story and Benokelvin, you be proud of what you made.

You did great job on this, and I hope to see more in the future.

I'd say, this story is average at the very least and outstanding at the most

But anyways, this story has a lot of room for improvements, the grammar is good but also needs a bit of work at some places, I recommend having a Beta reader (if you don't already have one) to look over your chapters before publishing it so there will be little chance for a mistake to go unnoticed

And to add to that, I'd give this 5/5 for originality

Also, do avoid dumping too much informations all in one go (minus the information chapters of course) 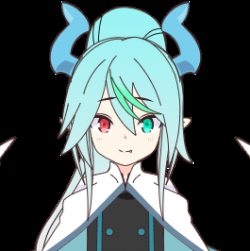 My Isekai Life: Rise of the Valkyrie
By Waxford
Phantasy Reverie Online. The most popular MMORPG allowing players the most freedom out of any game of the genre. Mizuryu Shin, a 17 year high school student, has overwhelming skill that was enough for him to be known across the entire community. H
Action Required