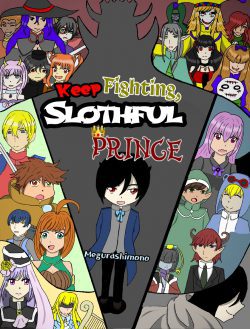 NOTE: «This is my first story here so please expect that there would be wrong grammars, incorrect use of words, typos and misspellings. »

NOTE: « This is also a very very slow pace story so please don't read if you're expecting action. sorry if this story is so boring for you. There are no romance as the protagonist is still a child. The Main Genre of this Story is a Slice of Life. »

Not all stories are Fairytales come true. Sometimes, wonderful fantasies can turn into a real nightmare. Such was the case for Louis, the 13th child of Emperor Luno.

Former commoner of the modern Earth, now officially the Prince of a big empire. He had now the riches, luxurious life and a status on the peak of the Isekai society.

Surely he would be satisfied?

Such a Greedy Prince, still not satisfied with the blessings giv–

" Fucker! Let me beat you up!! Are you calling me being a Prince of the Demon Empire a Blessing?! This isn't a Fucking Fairytale!! This is a literal living in Hell!! Freaking Hell, I'm so screwed! "

Prince Louis Noir Ignotus Arkavelnias, 13th child of the Demon Emperor Luno is currently fighting against the odds this new life has dumped on him.

This is a literal living on a nightmare, what's more if you are supposed to be an unfortunate background character who was supposed to be dead before even managing to live pass 15 years and meeting the destined Hero of Light and Justice.

His Present and Future is in Hell difficulty stage.

The Slothful Prince would keep fighting for Survival and Comfort! 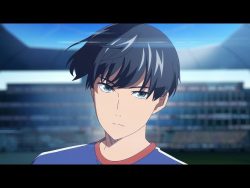