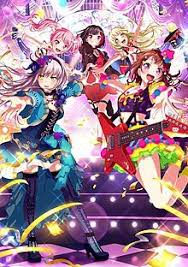 When He died he was given a chance to reincarnate to different world by a suspicious goddess.

In his past life, he can't enjoy his life and died young.

In this new world he find that many character from Manga, Anime, and novel exist.

Follow Elliot adventure in his new life as an aspiring harem protagonist.

To be honest, I came in expecting cringe as would any other (badly written) fanfic. Having never read a fanfic in years and only sticking to original web and light novels, my expectations are predictably less than how I would see web and light novels. Which is the sole reason I avoid fanfics like a plague.

Anyway, it's not entirely not cringe, the first chapter has all the elements needed to justify bashing your head against the wall. It left a bitter first impression on me despite being well within my expectation of a bad fanfic. I was pleasantly surprised however that it was mostly uphill from here. The events prior to the protagonist's encounters with the Bandori casts were well thought of and there were some jabs that had me in a laughing fit. It made me believe that the author had some sort of background-driven OC constructed well before writing this story. I was also almost convinced that I was reading a web novel instead of a fanfiction.

The start of the Bandori arc was slow and kinda boring, but it gets better after the first few chapters. The conversations were either a hit or miss. Sometimes there is little to no monologue or narration in between conversations. The protagonist was also being a bit overfamiliar with some of the Bandori casts despite just learning their names the second before. The introductions to the Bandori characters are enjoyable to read and overall I enjoyed most of it. The romantic interests of some of the girls towards the protagonist feels reasonable and I can see myself rooting for the girls.

As for the R18 chapters, I skipped after reading half of it so I don’t have much of an opinion on it. However, I will say that it feels tame, like a mushy-lovey kind of tame. I will look forward to the R18 chapters involving one or more of the Bandori casts though.

To sum it up, the protagonist is interesting and has his own deep backstory. The Bandori casts are nicely introduced and feels natural. The story does not focus too much on them, instead there are chapters on characters from other franchises, which is a good thing for me. There were a lot of typos and grammatical errors which I tried to ignore but couldn’t. On a positive note, proofreading, or the lack thereof might be the reason for the author’s speedy release. The limited use of vocabulary made me to assume that English is not the author's native language. It does make it easier to read though so I don't really mind. There’s not a whole lot of Bandori fanfic out there, at least to my knowledge, but I can confidently say that I’d recommend this to any of my friends who enjoys reading isekai stories and is a fan of Bandori.

Also big points: I know that Bandori has a toxic community when it comes to yuri pairings and otps and such, so I am pleasantly surprised that there is someone willing to pair these characters to an unknown male protagonist that, for all we know, might have been a self-insert of the author. For me, it is a breath of fresh air. Props to you my good man. 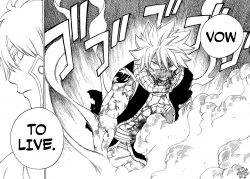 but this one... this one is different. It exceeded my expectations very well and I'm happy about it 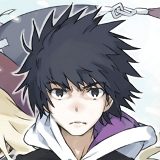 expecting a badly written wish fulfillment fan fiction where MC only thought using his d*ck yet I get an unexpectedly the story is solid, not a copy-paste from the original and the way author give some bits of reference without making it tedious to read is very smooth, though too bad looks like this fanfiction get DROPPED by Author.

Great story, at first I just search for something to pass my time, but I found this diamond. Enjoy~ 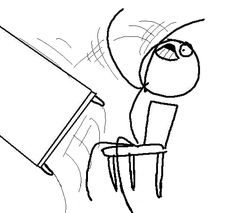 Goddess of Ice; Reborn as Naruto’s twin sister
By Maerry
How will the person who, in her previous world was known as the Goodess of Ice, deal with the world of Naruto. This story will mostly follow cannon and will focus on how a powerful, wise, and slightly insane person will effect the story and

All my toys
By PinkCulture
A pervert father that tries to hold back his nature. A bitchy devout wife that treats him like a servant. A father in law that collects most of his earnings. This is Carl’s life. Now Carl decides that it is time to put everything behind him and st
Action Required