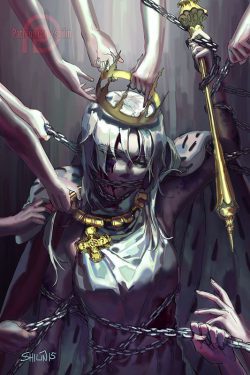 Loki the Asgardian God of Mischief and Change, found himself punished severely for an event that he had no fault in. Not only that, he started finding that everything that was wrong was blamed on him, even naming him the God of Evil. This triggers Ragnarok, the end of the world, which was again also blamed on him and his children.

Upon dying, he discovers that his life, and that of all the other Asgardian Gods were in a constant loop, living and dying at Ragnarok over and over and over again.

Loki finds a way to break free of the endless cycle. In fact, he found a way to join other Pantheons. But ultimately, he is caught by the mysterious powers that be, and in a last ditch attempt, he flees to an uncharted land, taking over the body of a once promising martial prodigy.

Unfortunately, the prodigy is now crippled, horribly tortured and disfigured and it would seem the whole world is against him.

What else is new?